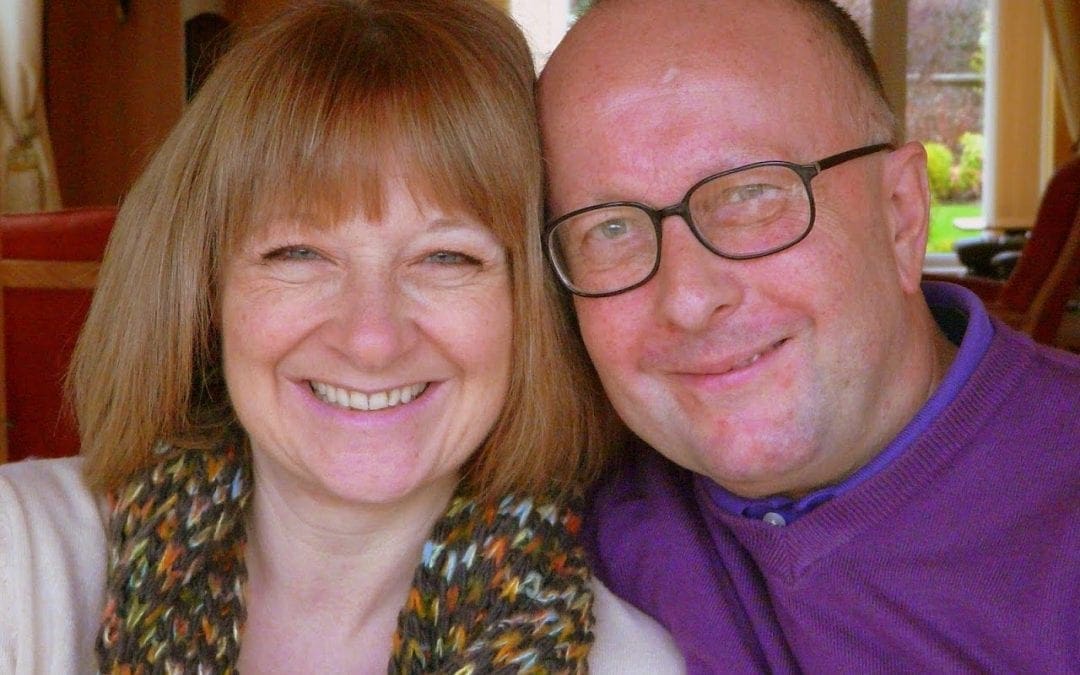 The loved ones of a man who ‘got his life back’ following admission to Wotton Lawn Hospital, in Gloucester, have raised more than £2,000 in his memory, to benefit the hospital and its service users.

Roger Marsland, 59, was admitted in November 2016, after experiencing a deterioration in his mental health. He spent seven weeks as an inpatient and his widow Maggie and sister Louise say they are indebted to the hospital and its staff for their treatment and support.

Maggie said: “Roger had previously received care from other services, but nothing touched him in the same way as the treatment at Wotton Lawn. It was a safe space and enabled him to reconnect with life and the person he was before he became ill.”

Louise added: “Within a week of being admitted we could see he was starting to feel better. He began getting to know the staff and other patients, and through these relationships started believing in himself again.”

Roger, who was born in Cheltenham, tragically died suddenly from an unrelated health condition just months after being discharged from the hospital. However, Maggie and Louise said that had he not regained his mental health it would have been difficult to remember him as the enthusiastic, kind, and considerate man they had known and loved. Instead, their treasured memories of how Roger blossomed during his recovery are a “comfort and a blessing.”

Roger grew up in Bishops Cleeve and after attending Cleeve School began a 30-year career in banking. He worked for Nat West, including at the branch in Cheltenham Promenade, before moving away to Dorset, where he met Maggie. He gathered many friends and colleagues through his working life and enjoyed spending time with them and his family.

Golf was his passion but when Roger became ill he was unable to enjoy the sport. After his admission to Wotton Lawn, he took an interest again and was enjoying a round at Gloucester Golf Club when he unexpectedly became ill. Fellow golfers and staff provided first aid, but sadly he died of a heart attack. Roger’s family has remained in contact with the golf club as they are so grateful for all that they did to try and save Roger, and for their care and kindness following his death. Similarly, they have maintained contact with staff at Wotton Lawn and, through a Just Giving page set up in Roger’s memory, have raised over £2,000 – part of which may be spent on enabling patients to experience and enjoy golf.

Maggie said: “After his stay at Wotton Lawn, Roger was more himself than he had been in years. He had his warmth and spontaneity back and was kind, funny and a joy to be with. Roger would be delighted that we have raised money for Wotton Lawn in his memory.”

Gary Dodson, Wotton Lawn’s Matron, said: “We are extremely grateful to Maggie, Louise and Roger’s family and friends for what they have done for our hospital, as well as the kind words they have said about the treatment and support we gave Roger. Although we are deeply saddened by Roger’s death, we feel uplifted that when he left our hospital he was able to go back to living a full life and enjoying his interests again.”