Wotton Lawn Hospital is an 88 bed acute mental health hospital situated near the centre of Gloucester and provides inpatient services for the county of Gloucestershire. 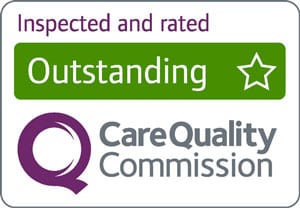 Abbey Ward is an 18-bed acute admission ward for service users who primarily reside in the Stroud and Cotswold localities. The ward works closely with the Crisis Team based in Stroud.

Dean ward is a 15-bed ward, providing an Acute Admission facility for female Service Users who primarily reside in Gloucester and the Forest of Dean. Service users working with the Gloucester Crisis Home Treatment Team are also admitted to the ward.

Kingsholm Ward is a 15-bed admission ward, for male service users primarily from the Gloucester and Forest of Dean areas. The aim of the ward and its team members is to work with service users and their carers so that they can return to their normal life back in their homes as soon as possible.

Priory Ward is an 18-bed acute admissions ward for service users who primarily reside in Cheltenham and the North Cotswolds. The team works very closely with the Cheltenham crisis team.

Visiting times are between 9am and 9:30pm, everyday. We ask visitors to: