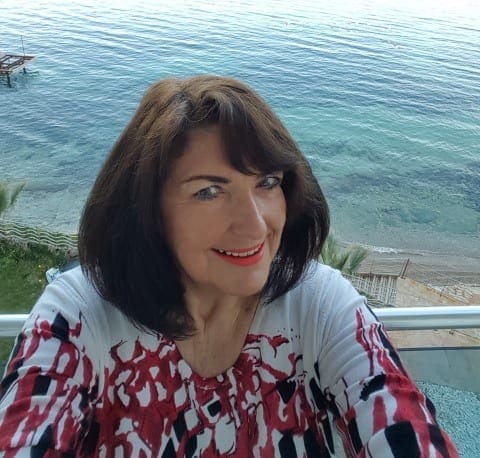 Trust Expert by Experience June Hennell has been awarded the MBE in the Queen’s Birthday Honours.

June, 71, from Stonehouse, Gloucestershire, first began working alongside us and partner organisations in 2009, shortly after her late husband Brian was diagnosed with dementia.

She was involved in developing the Gloucestershire Dementia Strategy, helped to design the Living Well with Dementia handbook and has been involved in a host of training and awareness raising activities.

June said: “I received a letter from the Lord Chancellor’s office eight weeks ago, letting me know that my name had been sent to the Queen to be included in her Birthday Honour’s List.
“I was amazed. I felt very humbled and shocked but obviously am delighted.“

June will be officially presented with her MBE at a future date. In the meantime, she continues to run Stonehouse Memory Link and is a valued Trust Expert by Experience and member of our Service Experience committee. June also continues in her educational and awareness raising work, which has involved work with the University of Worcester and a lecture tour of Australia.

June added: “When Brian and I first started our campaign we couldn’t possibly have foreseen the impact we would make or the fantastic people we would meet.

“When I toured Australia I had people in the audience who had travelled three hours through the bush to come and see me. It shows how much people want to learn from my practical knowledge and share their experiences with others.”

Professor Jane Melton, Director of Engagement and Integration, said: “June is a marvellous asset to our Trust, and to communities and organisations across Gloucestershire and beyond. We value her advice, knowledge and expertise enormously.

“June’s MBE is richly deserved and I would like to congratulate her on behalf of the Trust.”

Experts by Experience are people who perform a voluntary role with the Trust and use their own experience of using mental health services or experiencing health conditions to advise the Trust in its work.