Help on hand for smokers wanting to quit in New Year

Elaine Watson, head of health improvement from Gloucestershire Care Services NHS Trust, which runs the county’s stop smoking service, said: “New Year resolutions are a great way for people to start their stop smoking journey, and there are more ways than ever to quit.  You can meet with one of our stop smoking advisers face-to-face, text, tweet or speak to them over the phone, tap into advice on products to help with nicotine addiction, or come along to a support group, for example.  And, new for January, we have a revamped website with motivational tips and techniques, film clips, case studies and other information, as well as a dedicated facebook page to give people quick and easy on-line support that is interactive, fun and effective.”

The team runs a number of stop smoking drop in clinics around the county, including SGS Stroud College, Tesco on Tewkesbury Road, Cheltenham as well as clinics in the majority of Gloucestershire’s community hospitals. In Southgate Street, Gloucester, the Quit Shop attracts more than two hundred people per week who call in for advice and free practical support.

Elaine said: “All the evidence points to people being four times more likely to stop smoking with help and support from the NHS. And we recognise that the hardest part is quitting alone. That’s why we have specialist advisers, who act as buddies, offering one-to-one support through appointments and drop in clinics, as well as a number of local groups for people to come along to. Group sessions are becoming more and more popular, as they build a network of quitters who can support each other throughout their journey; it’s great, as no one has to quit alone.” 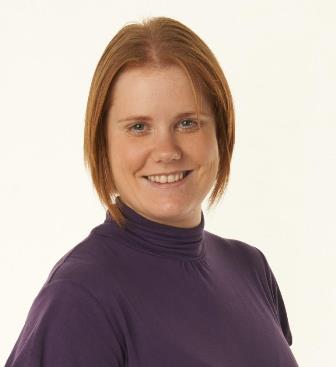 Sam Turner decided to quit smoking in June 2012 and says it’s the best decision she has ever made: “I smoked for fifteen years and, before I stopped, I was smoking twenty-five a day.  There were a number of reasons for stopping, money was a big motivator as I was spending around £200 a month on cigarettes, and it became less easy to smoke socially as it meant having to go outside to light up.  I was advised to use Champix, which worked for me, as it made the taste of cigarettes really awful. There were times when I found it hard to say no to a cigarette – my mum and stepfather smoke, so that made it quite difficult, and on a social night out it could be a challenge. But I had great support from the stop smoking team, I knew they were there if I struggled. Now I’m not spending hundreds of pounds a year on smoking, I feel much healthier and it’s been the kickstart to help me losing more than four stone in weight. My advice to anyone who’s thinking of starting their own stop smoking journey is don’t go it alone, talk to the team and you’ll have the best chance of succeeding.”

Smoking remains the most preventable cause of disease and premature death in the UK, accounting for between 1 in 6 and 1 in 10 of all deaths in England. According to the Department of Health Profiles (LHO, 2012), Gloucestershire has a smoking prevalence of 17.82%, accounting for 86,442 smokers. In 2012 there were 876 smoking related deaths in Gloucestershire with the highest numbers in Gloucester (179) Stroud (162) Cheltenham (153), FOD (140), Tewkesbury (120) and the Cotswolds (122).

In addition, smoking is the most significant drain on the NHS accounting for 15% of the UK total health care budget, with a cost of £2.7 billion per annum to treat smoking related illnesses.  The wider economic costs of smoking are estimated at £13.74 billion nationally, equating to an annual cost to Gloucestershire of £50.2 million (with £36.6m costs to the NHS).

It is estimated that one in two regular cigarette smokers will eventually be killed by their tobacco habit, half of these in middle age.