PLEASE NOTE: 9/1/20 12:30pm – We are currently experiencing issues with accessing answerphone messages. We will update when the issue has been resolved. 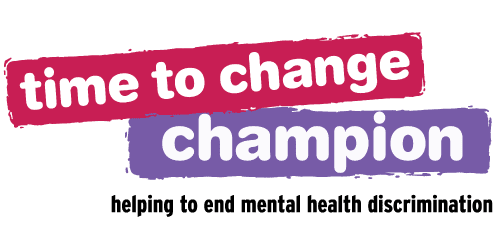 ²gether NHS Foundation Trust has been working with the national Time to Change campaign on a project aimed at tackling stigma and discrimination reported by people using mental health services across the UK.

As well as reporting that they have experienced stigma on a day-to-day basis, Time to Change reports that service users have also said that they sometimes experience stigma from within mental health trusts as well.

Professor Jane Melton, Director of Engagement and Integration, said: “We understand that stigma around mental health doesn’t just come from outside our organisation; it can also be present within the organisation as well and we wanted to address this.

“We’ve been working with Time to Change to tackle stigma, and were keen to take part in a pilot project that looked at how we could also address stigma within our own organisations.

“We asked staff to fill in a short survey before and after participating in the workshops, and were proud to see that the results showed a statistically significant improvement in the way staff engage with our service users.”

The results show an 11 per cent improvement in staff strongly feeling that they are personally able to make a difference to the experience of service users.

After attending Trust-facilitated workshops there was a nine per cent increase in staff feeling that people reporting stigma had valid concerns.

People who took part in campaigns and workshops said they were more likely to make changes as a result of the work, and almost half of those taking part said they had made changes to their practice.

And 67 per cent of respondents to the survey said that as a result of the campaign, they were more likely to find out about the small things that can make a positive difference to the experience of people using services.

Brian Dow, Director of External Affairs at Rethink Mental Illness, one of the charities that runs Time to Change in conjunction with Mind, said: “We know attitudes are gradually improving, and that the one in four people with a mental health problem are experiencing less discrimination in many areas of life, including from family, at work and in relationships. But one area where we haven’t seen the same level of improvement is, perhaps surprisingly, within mental health services.

“We took the decision to tackle this head on in 2015 and have since been working closely with ²gether NHS Foundation Trust, mental health professionals and those who use these services to make a change. It’s good to see that as a result of this important piece of work, nearly half of staff who took part are already making changes to the way they work. Everyone should be able to live their life and access the support they need without fear of being judged, and it’s good to see we are edging ever more closely to this.”

The next steps for the Time to Change project are now being considered nationally, and we will continue to support it within the Trust.