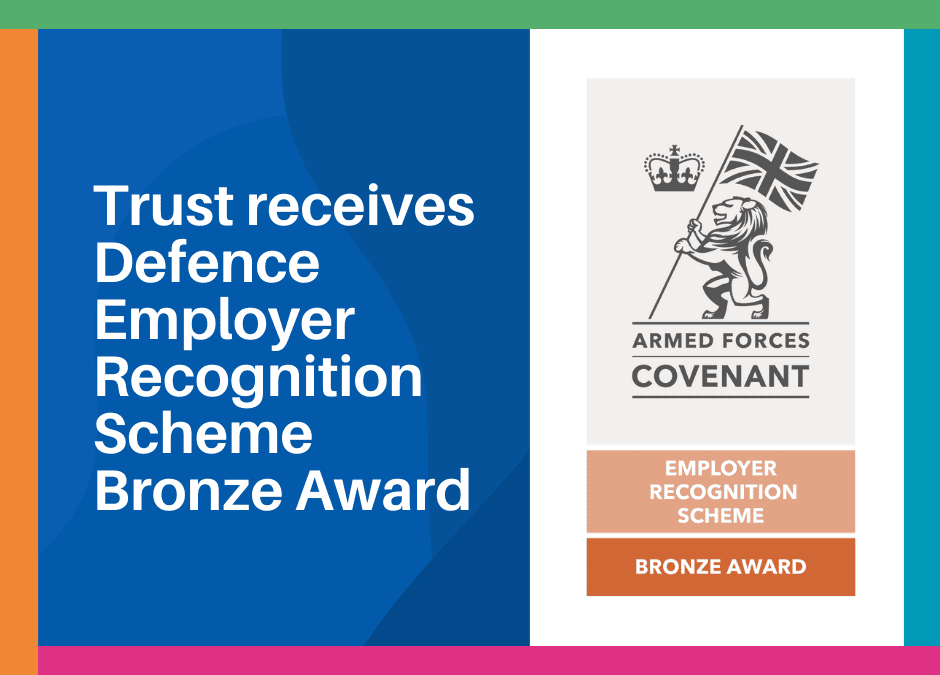 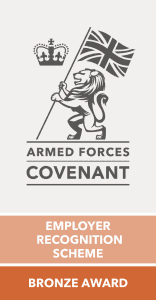 We are delighted to have been awarded the Defence Employer Recognition Scheme (ERS) Bronze Award in recognition of the Trust’s commitment and support for defence personnel.

Through this process, we pledge to support the armed forces, including existing or prospective employees who are members of the community.

We will also promote the fact that the Trust is armed forces-friendly and open to employing reservists, armed forces veterans (including the wounded, injured and sick), cadet instructors and military spouses/partners.

The award comes after the Trust signed up to the Armed Forces Covenant in December 2019.

This means we are now able to display the Bronze Award logo on our website, stationery and elsewhere.

The award also provides a platform for us to seek silver and gold awards in the future.